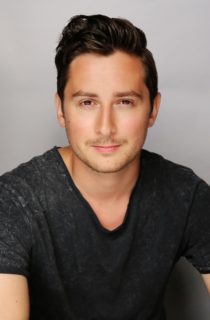 Will is a young actor, writer and filmmaker with a passion for improvisation. Recent screen credits

Since taking Theatresports at High School in Christchurch, Will has continued to develop his experience in and expertise in improvisation. Whilst completing a BA in Film and English at Victoria University Of Wellington, Will was a founding member of the hugely successful, innovative ‘PlayShop’ company which still runs weekly late night shows at Bats, as well as long form seasons.