Growing up in family of 6 kids (mostly boys) means acting and improvising her way out of difficult and physically dangerous situations comes naturally to Madeleine.

She completed a Dip Drama under Mervyn Thomson at Auckland University in 1985 and then travelled on her OE to London where she continued her studies at the British American Drama Acadamy before returning to NZ. She has been working professionally in TV and theatre for the last 17 years in a wide variety of comedy and drama productions.

Madeleine has popped up in most local TV dramas including STREET LEGAL, JACKSON’S WHARF, DUGGAN, RIDING HIGH, COVERSTORY, MARLIN BAY and SHORTLAND ST (for which she was nominated for a NZ Film & Television Award 1993). In 2006 she returned to SHORTLAND ST as the unpopular Dr Ingrid Cambell. Madeleine is currently appearing on screen as ‘Laura Wilson’ in the TVNZ’s new kidult series “The Amazing Extraordinary Friends”. And she has worn way too many stupid wigs and unflattering costumes in TV comedies such as SPIN DOCTORS, LETTER TO BLANCHY, MORE ISSUES, and FUNNY BUSINESS.

Her theatre credits include STEAMING, AS YOU LIKE IT, RICHARD III, YO BANFA, GIRLS ON TOP, HYSTERIA, A YEAR OF GRANTS, A SLIGHT ACHE, WIND IN THE WILLOWS, and THE LIGHTHOUSE KEEPER’S LUNCH. Madeleine also enjoys being a regular narrator for the Royal New Zealand Foundation of the Blind Talking Book Library.

Madeleine has been a member of ConArtists since 1991, performing in many public and corporate shows. She has even been known to produce, administrate and sit on the Board. She is one of the company’s longest serving TYP tutors, was the Administrator of the programme for 3 years and part of the team which updated the Schools Manual in 1998. …. and all this while performing another completely unscripted character called “Mother of 3”. 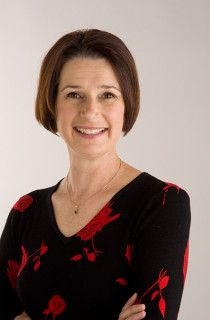