Francesca Browne is an emerging Theatre Practitioner and screen writer based in Auckland. She was a member of Massive Theatre Company from 2016 in the Nui Ensemble, as well as a cast member of Massive’s “Like a River” performed at the Basement Theatre in 2019.

In 2018, she was performing professionally as a Touring Actor for the charity “Duffy Books in Homes” around New Zealand Primary Schools. She has also been a member of “Improverished,” an improvisational troupe known for its storytelling, since 2016. She is now one of the directors in the group and most helped to devise two of the most recent fringe festival show long form formats.

She has been a Tutor and MC for the Theatresports Youth Programme in Auckland since 2017 and a Tutor for Tim Bray Theatre Company’s Youth Theatre Programme. She has also been the Assistant Tutor for the Comedy and Improvisation course at the National Youth Drama School. 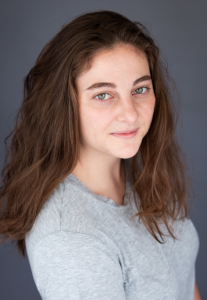