Since graduating from the Performing Arts School in 1996, Aaron has been in constant work performing in TV, Film, Theatre and Corporate Entertainment work.

Aaron has also spent time overseas performing as Elvo the Clown in war torn countries such as Kosovo and Lebanon and natural disaster affected areas such as Banda Aceh in Indonesia, after the 2004 Boxing Day Tsunami.

His work in this area earned him the Special Service Medal from the NZ Govt and he was also named in the top 30 young people of the world by the JCI foundation in 2007.

He has been a proud member of the ConArtists team for the last few years. He is a real chameleon and you may well have already had the privilege of having him entertain you at an event. You just may not be aware of it. He can also been seeing asking tricky question’s on TVNZ’s Nothing Trivial. 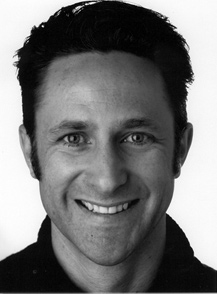